Today we saw Bekah’s Art Exhibition at school…some of the work there was very impressive, and I am obviously biased that my daughter’s was pretty good too!

The first theme she worked on was Mental Health. She took photos depicting six areas of mental health: Depression, ADD, Anxiety, Tourettes, OCD and Insomnia. She then made a strait jacket, tea-dyed it and attached the photos. This became her installation in a black curtained room with an abstract video playing alongside: 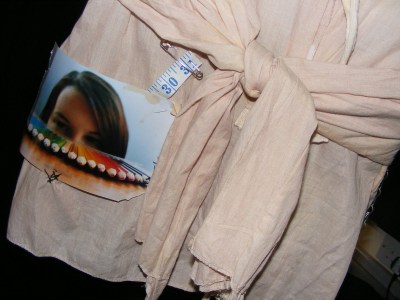 Her second theme was ‘ Explore Another Time, Another Place’ and she began with retracing iconic ‘looks’ of the past century: She recreated their make up and portraits: 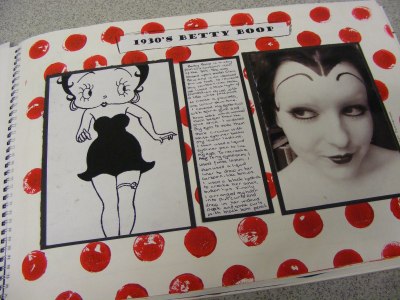 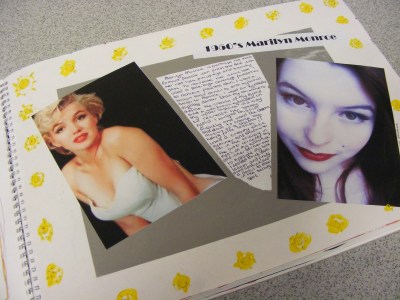 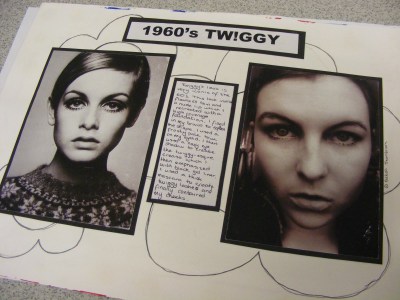 She then moved on to recreating the character theatrical looks for Tim Burton’s ‘Alice in Wonderland’: 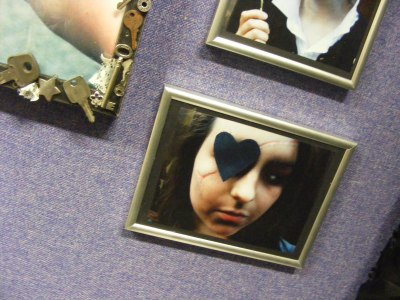 Cait, Dan and I allowed Bekah to make us up as Alice, the White Rabbit, the Mad Hatter and the Queen of Hearts, she made herself up as the Knave. 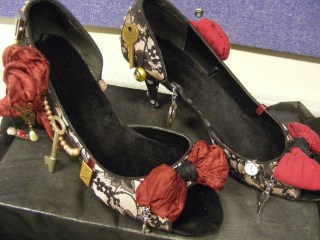 She designed a pair of shoes to indicate ‘stepping into another time and place’, and decorated them with period jewellery, keys and watches to match the theme. The keys also showed being locked in another place…and this took her to nightmares and the ordeal Cait endured being made up as a Zombie:

There’s a funny story attached to the zombie look…Bekah completed the make up and she and Cait ran down the front garden steps to take photos on the road outside the house. They took the pictures and Cait overacted as a zombie would. It was only moments later when they noticed a bemused family sitting in a car behind ours watching the scene with astonished expressions! They were next door’s family visiting…didn’t expect a zombie invasion when they arrived! When they saw Cait, un-made-up the following day they commented with a smile that “she looked alot better, much more healthy!”

Her installation and display is to be photographed by the school and sent off to the examining board, as requested, as an example of A* work… so there we are.

I love art, I love painting, scrapbooking, sketching, photography and any other art, so I have loved watching Bekah’s talent develop and look forward to seeing so much more!

2 thoughts on “Another Time, Another Place…Bekah’s Art”