Revitalising Hot Chocolate…
Nothing better than a delicious hot chocolate to warm up an autumn day!

Back to Boots…
I love my boots, Dr Martens and anything I can kick leaves in!

Pumpkins, Halloween, Fire and Fireworks…
Dressing up is definitely our thing, light up the dark nights! 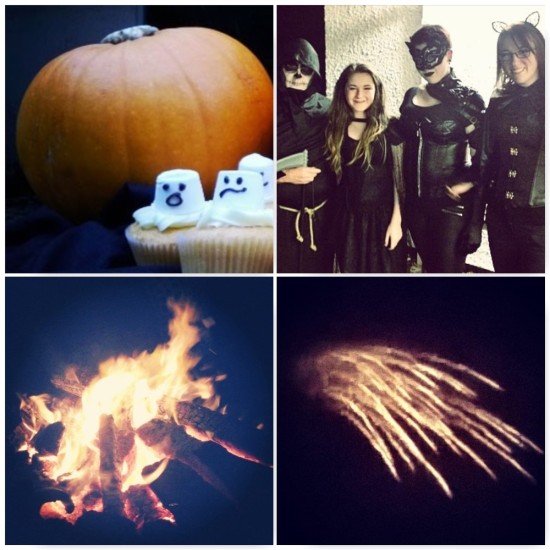 Homecooked Soup and Comfort Food…
Coming home on a frosty day to a beautiful hot meal!

Falling Leaves…
I’m a child at heart, kicking through crunchy leaves and loving the colours! 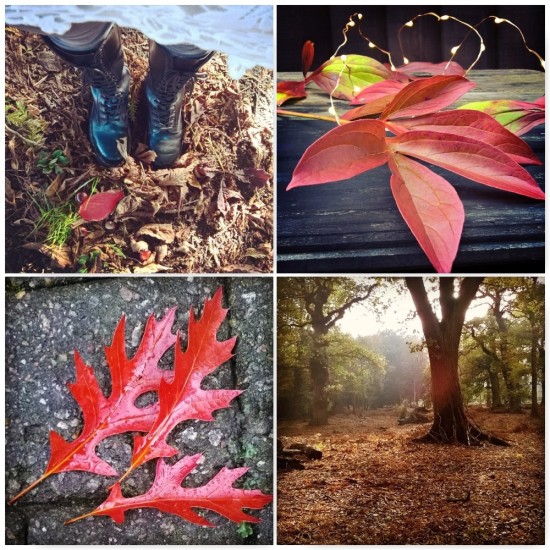 Woodland Walks and Strolls…
Early sunsets, turning leaves and that freshness keep me on my toes!

Scarves, Hats and Gloves…
Stay warm, snuggle up in your favourite coat and accessories!

Acorns and Conkers…
Yep, I am a squirrel…

Jack Frost’s Chill…
The thrill of the chill and the delight of breathing dragon smoke is mine!

How is your Autumn and what’s your favourite bit so far?

My soul whispers and my heart beats slow…

but a sure flame flickers deep within, yearning for escape…

He gently gripped the damp park bench, his gnarled fingers slipping against the lichen, soft and wet, on the underside of the silvered wood. Shivers scrambled up his knotted spine, cold and sharp like a spider with frozen legs, and he clutched at the collar of his worn jacket, his trembling fingers attempting to fasten the topmost button. Giving up, he sighed, and pulled his arthritic legs up tight; for a moment his teeth chattered and his legs shook uncontrollably and then his frail body stilled.

Frost glistened on the ground and a crinkled brown leaf, reminiscent of his wrinkled weathered face, slipped from the tree rooted beside his bench, and silently fell. 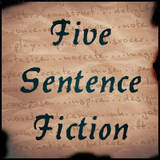 My Five Sentence Fiction for the week, based on the prompt word Falling…

Day seven and we reach storms in our 12 Days of Christmas Bop…and mine’s an ice storm: 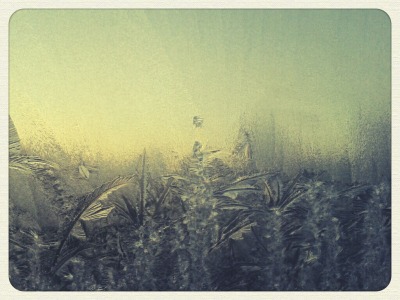 Photograph by Lisa Shambrook and Streamzoo (Please do not use without permission)
Storms
They knew it was coming, but they were so far out, so cut off, there was nothing to do but wait.
So they battened down the hatches, like the government had advised, and watched the crazy exodus on the television all cosied up on the sofa.
The storm was coming, coming from the north and they were the north.
The television signal vanished as the storm arrived. They glanced at each other, smiling nervously, and he took her hand in his, squeezed it, then urgently pulled her off the sofa and led her upstairs.
She gazed out of the window and smiled at the blanket of snow. The trees, silhouettes against the brooding skyline, barely moved and the world was silent except for the heavy patter of falling snow. She fell into his arms and his mouth hungrily devoured hers.
In the afterglow, his arm cradled her and his hand gently stroked her bare thigh as she lie with her back against his stomach and she sighed. The snow had stopped and the room lightened, a cold brightness filled the air and she clasped his hand in hers.
It was silent when it came.
They watched Jack Frost’s masterpiece overlay the window, outside and in, and they followed the frost as it bathed the walls. She watched it spread across the sheets and their entwined hands and she felt her toes disappear. Ice travelled up her body in exquisite contrast to the fiery heat enveloping her just a few minutes ago. Feathers of rime patterned her arms and her face grew tight as it froze. She felt his heart beat against her back and closed her eyes as the ice danced across her frigid eyelids, and moments later their heartbeats vanished as the storm quickly passed.
(296 Words)

A Jar of Fireflies 12 Days of Christmas
Day Seven: July – Storms
And there are more great stories to read…
Join 180 other subscribers