Laura, Miranda and Rebekah have come together to offer us a chance to salute Anna and Michael in their forthcoming nuptials with a Dark Fairy Queen Writerly Bridal Shower, and the opportunity to write a romantic, wedding based piece of fiction…so here’s mine…with showers of glittery love… 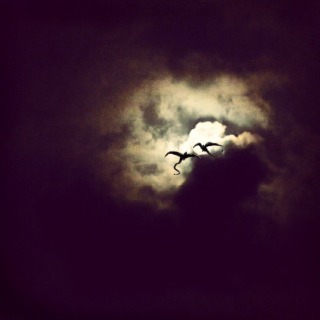 Photograph and art by Lisa Shambrook (please do not use)

Oakenthorn soared around the outcrop and settled on the slippery scree with the setting sun dropping like a golden orb behind the Western mountains. He shook his wings and stood majestic, fully aware of the impact his silhouette made as he balanced high on the ridge. Beneath the copper sun Oakenthorn gazed keenly across the panorama, his belly growled and thrilled shivers streaked across his body.  His eyes roamed, his breath caught and smoke eddied as he exhaled. There she stood, down by the lake, her buttermilk scales and shot-silk wings catching the burnished light before it sank.

Oakenthorn paused, his muscular body gilded, until she raised her head and stared up at the ridge. His wings rippled as he stretched them then he launched, gliding across the tor, floating down and landing noiselessly beside Briar. Noses quivered, and extended and touched for a moment of electricity before Briar opened her wings and lifted high above her suitor.

The final moments of sunlight glinted with scintillating rays of gold in stark contrast to the long, dark shadows of the range. She circled and swooped, her tail brushing low over his head, and her intoxicating scent wafted on the breeze, making him reel with heady excitement. As the sun gave way to the dusky gloaming, Briar softly touched down beside Oakenthorn and the two stood with nothing but a sigh between them. Water rippled across the lake and the long grass whispered, and as night’s indigo deepened, the pair stood silent, waiting.

Far in the distance glowing torches of fire lit up the night, drawing closer, until a procession of dragons flew low across the vast, shimmering expanse of water. Dragons sailed across the darkening sky above the pair, breathing passion, and the valley blazed with yellow and white Noctilite fire. Smoke swirled and danced up into the night, and sparks and burning stars rained down in cascades of fiery confetti. Oakenthorn and Briar launched up into the horde and danced through the fireworks, their hearts alight with flames of love. They twirled amid the throng and one-by-one the dragons peeled away, gliding off into the twilight, until only the ardent couple were left wheeling and spinning together in the glowing dusk.

Night’s rising moon glinted across their scales and silken wings, and Briar let out a lingering, low growl before shooting up into the snow-capped peaks. As Oakenthorn whirled and darted after her, she vanished amid misty veils of cloud, every drop of vapour tingling with sweet anticipation. Oakenthorn followed, every sense heightened and sharp, and he glided into the shroud to hunt his feisty wraith. Silver moonbeams danced and the dragons twisted and weaved through pale shafts of light, flying close enough to kindle passions and ignite sparks that flashed like lightning atop the steamy crags. They circled, and rose above the mountain tops before bursting out of the feathery plumes of mist into the inky sky, and tumbling together, looping and rolling before dropping down to the soft, mossy grass.

Briar trembled and Oakenthorn puffed out his chest. Both released flames that danced, and whirled and intertwined, and then Oakenthorn extended his quivering nose to touch Briar’s flared nostrils. Electricity surged and long, barbed tails entwined. Briar shivered and leaned into Oakenthorn, her sigh sending burning ripples of hunger through his hard, lean body and he breathed out bathing her in amorous smoke. The moon cast rays of pearls across their iridescent scales and more rumbles smouldered in their bellies, rousing flames of desire and yearning…and finally the night was theirs.

They rose in unison, wings the colour of moonlight and cream, beating in earnest as they flew across the lake. Their feet dragged exquisitely in the diamond encrusted surf, and then they soared up the valley, over the whispering grass and up into the moonlit mountains, where the moon respectfully withdrew…and only the sparks of blazing love lit up the night…

Wedding Toast: I wish you both a magical, moonlit romance, full of glorious sunrises and sunsets, as you take wing on a wondrous journey together…