Now that Human 76 is out there in the wild
and you’re all getting your post-apocalyptic fix,
I need to get back into my tales and my WIP (Work In Progress).

Exciting plans involve a short story collection embracing a dragon theme and then a new series. The short stories will include a story that ties to The Hope Within Books and a new tale that will link directly to my new chronicles.

So, as a teaser this post is a visit to Dryslwyn Castle in Carmarthen which will play a part in my WIP. These books are set far, far into the future:

‘Centuries beyond post-apocalyptic, the landscape of Wales has turned into a whole new country…and the rumble of dragons has returned…’

I’ve spent the last year travelling across Wales, researching, and having fun! You may recall my blog post Road Trip through the raw beauty of Wales, not only did we have fun, but we mapped out the landscape that I’m going to need. 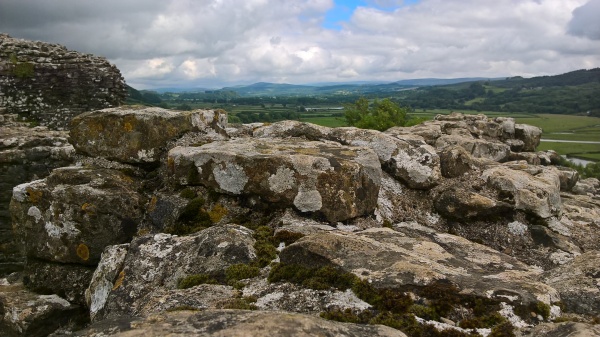 Dryslwyn is a ruined medieval castle, the very strategically placed home for 13th century Rhys ap Maredudd, high above the Tywi Valley. It was a front line defence but deliberately decommissioned in the early 15th century. It was walled up, blockaded and ruined, and burnt to the ground at a later date.

However, it still holds strong foundations upon the hilltop peering across at Paxton’s Tower, the neo-gothic folly erected in memory of Lord Nelson in the 18th century.

In my future the current Twyi Valley will be a flooded land populated by islands, including Dryslwyn castle which may be a stronghold for its owners – and I know exactly who will live there – having rebuilt a small fort of her own within the safety of the islands… 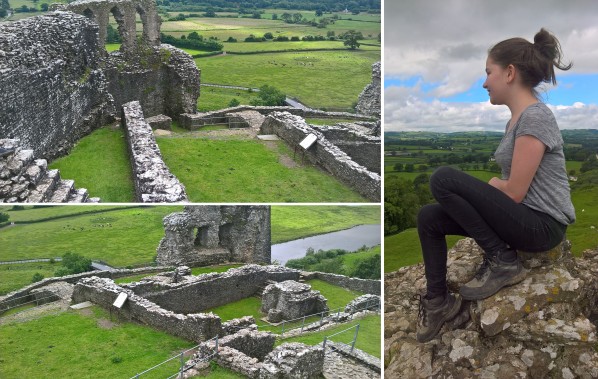 It’s been quite a week for contemplating the future
and dystopia and post-apocalyptic seem appropriate!
*spoken with tongue firmly in cheek*

What are your plans for the future?