Swashbuckling pirates and romance on the high seas…

I’ve recently had the pleasure of discovering ‘Oceanswept’ by Lara Hays…I’m just a short way in and I’m hooked, so it’s lovely to have the opportunity to find out more about the author behind the book, and get some fascinating insights into pirate life! 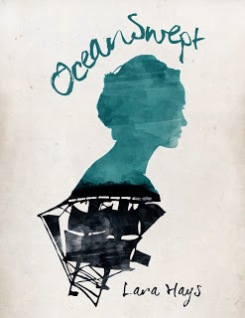 How long have you been writing, and when did you begin to realise your dream of becoming an author?
I have been writing as long as I can remember. I still have the first story I ever wrote: a crayon-written story about two dinosaurs in love separated by a volcano. It was even a chapter book. I was probably about six when I wrote it. I wrote constantly throughout my life, starting many unfinished novels. I had short stories and poetry published as a teen. Looking back on my life, I’ve realized that even if I wasn’t writing, I was always storytelling. I was very involved in theatre, journalism, and even as a child the way I played was always about telling stories.
I currently work as a copywriter for an international wellness company. I feel so blessed to write for a living and get paid salary with benefits. I’ve always wanted to be a novelist, though. Oceanswept was the first novel I ever completed. I finished it in 2007 and buried it away but I couldn’t forget it and after five years, I decided to dust it off and publish it.

‘Oceanswept Chronicles’ follow pirates, and romance, and life on the high seas, can you tell us what inspired you to dip into this genre?
When I wrote Oceanswept in 2007, I began watching the market and trying to play into what the industry was doing. 2007 was all about paranormal romances—especially vampires. I toyed with the idea of jumping on the bandwagon, but ultimately decided I should write something I believed in passionately rather than “play the market.”
There is something self-indulgent about this story for me. I truly went about writing a book I would love to read. I love the young adult genre, I love history, I love the ocean and sailing (thanks to a few amazing historical novels like The True Confessions of Charlotte Doyle by Avi), and I love romance and adventure.
But interestingly enough, I think the elements that drew readers to vampire romances are all here: star-crossed lovers, a dangerous hero, a bold heroine, mortal peril, and redemption and hope for a better future.

Have you enjoyed researching 18th century life on the ocean, could you have coped with life in those days?
I love history and so book research is something I love to do. I’ve had a few hiccups though. I initially intended to set the story about 30 years earlier (1690s) than its current time frame of about 1720, but had difficulty with research materials. By moving the setting back a few decades, I had a lot more resources.
Researching pirates has its own challenges. Aside from a few journals of the time period, there aren’t a lot of reliable first-hand accounts of life among pirates. Our current stereotypes come from romanticized literature that concocted pirate jargon, attitudes, and practices that probably did not exist. Walking the plank probably never happened and pirates likely didn’t say “shiver me timers.” Our modern view of them is still very romantic when in reality they should probably be compared to terrorists and inner city gangs.
Coping with life in the 1720s…I wouldn’t deal well with the lack of wifi.  I would struggle with the role of women in society. Hygiene as well. All this historical love stories are very romantic as long as we don’t think too much about their personal hygiene. I’ve gone to a few book clubs that have read Oceanswept and women always bring up menstruation, which I find an odd thing to fixate on but apparently it’s universal. In the books, Tessa spends months at a time on board ships. People want to know how she dealt with her period. Apparently that is a concern for us modern women used to our modern conveniences, but for Tessa, it was a part of her life as mundane as keeping her fingernails clean.

What can we look forward to after ‘Undertow?
I have two books in the works right now. One is an adult fiction piece that follows the emotional journey of two women on different spectrums of the adoption world and the unconditional love for a child that unites them. As an adoptive mother, this book is very personal to me and my own experiences with infertility and adoption have colored the tale.
I am currently working on a book called The Immortality Project about a teen boy who befriends a dying teenager and commits himself to finding a cure. After I write the first draft, I am involving another author. I think it will be fun to work with someone else and will free up my time to get started on…
The final book in the Oceanswept Trilogy. I have it fully outlined…I need to get some other things off my plate so I can jump in! I miss my characters already and I’m excited to get back to them.
And you can expect more Oceanswept Chronicles along the way.

Share one positive thing that writing does for you.
Writing is therapy. It helps me examine my own life and my own emotions while creating deeper empathy for others. Writing helps me process the emotions behind my infertility struggles and adoptions, my mother’s unexpected death, or even just a bad day at work or an argument at home. It’s definitely therapeutic—and cheaper! 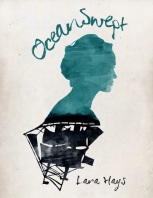 Oceanswept:
The sway of playful palm trees and never-ending sunshine seem like a fantasy compared to the smog and filth of 18th century London. Thrilled for a new life in the exotic West Indies, privileged seventeen-year-old Tessa Monroe eagerly embraces her father’s reassignment to the fledgling Caribbean colony of St. Kitts where she can stake her claim as an up-and-coming socialite.
But that dream unravels when a hurricane downs their ship on the passage from England, leaving Tessa as the sole survivor. Rescued by a passing ship, Tessa’s grief soon turns to terror as she realizes she isn’t a passenger—she’s a captive.
With a future of slavery in the offing, Tessa joins forces with Nicholas Holladay, a charismatic sailor ready to break free from a life of piracy. Mutiny is in the air. Tessa and Nicholas will either win their freedom or earn a spot at the gallows.