I’ve been watching Strictly Come Dancing and X-Factor
and people are very complimentary about the male contestants in general,
but the women are another story. 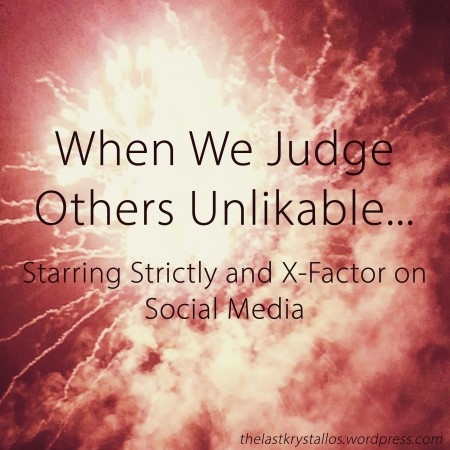 Why do we judge people so much without true information? And why are confident, talented women so easily branded unlikable?

Let’s take Alexandra Burke and Grace Davies. Both very talented at dancing and singing – their style might not be your cup of tea – but there’s no doubt they are amazing at what they do. However, I’ve seen so many Tweets and Facebook statuses branding these women unlikable, up themselves, over-confident etc… and it’s disturbing.

Both are open, friendly, confident, bubbly, talented, and much more, all the things we encourage our children to be when they are growing up. Yet these women are perceived as unlikable. 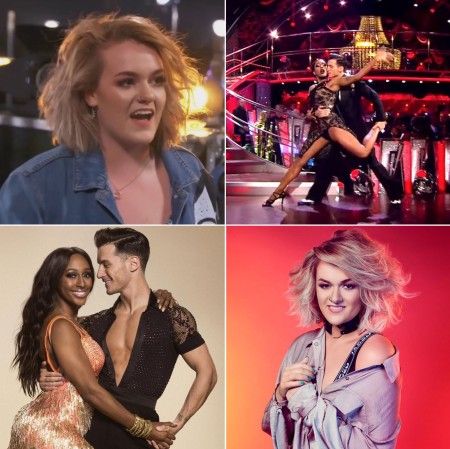 How can women win or become equal when internalised misogyny is so prevalent? It appears that the majority of the comments come from women about women. Why are we tearing each other down over alleged personality?

Alexandra has danced beautifully in Strictly, been confident in her ability, smiled, wept (she lost her mum just weeks ago, so being emotional is expected), yet is judged an unlikable diva. Aston Merrygold (who lost his place a few weeks ago) was at a similar level of talent and confidence, and was widely liked and applauded. It’s been the same with Grace on X-Factor, another confident woman writing her own songs and singing with passion, bubbly and excited at the place she found herself in. The all-male group, Raksu, who won X-Factor also wrote their own songs, sang with confidence, and were friendly, fun and open, receiving much praise. Why is it different for women?

Both these women have fought, trained, studied, and worked exceptionally hard to become as good as they are in their fields, and yet, when it pays off we are so quick to judge their personality on appearances in the media.

If we show confidence in ourselves we’re branded unlikable.

I would hate to be judged on my public persona. It’s not me. I remember my form tutor at school in 4th Year (Year 10, I think) writing in my school report that I was aloof. I was devastated by that comment. I have never been aloof, shy, yes, aloof, no. It hurt me for years. I’m quiet, I build barriers, I live with crippling anxiety, yet I can be very confident teaching, speaking, and working in public. I hate being judged on a brief appearance, and a judgement is not valid until you know me.

We all have a personality, good and bad, and we can like or dislike who we want – I don’t like everyone! But I’ve become very disturbed at the way people, women in particular, have been branding other confident, successful women unlikable without knowing them.

Scrolling #xfactor & #Strictly Twitter & it's not hard to see why #women still have so far to go in the fight for #equality. So much hate & internalised misogyny for #Grace & #Alexandra. So many women who complain about the personality of strong, confident & talented women.

Social media offers us an instant way to comment, to offer our opinion, to voice our thoughts without thinking (I do it too), and to become what X-Factor calls the fifth judge. We are armchair commentators, but we need to be charitable and kind to those we talk about.

I wouldn’t dream of tweeting that I dislike Alexandra, or claim that Grace is a diva – how would I know? I don’t know either woman. I can see that they are strong, confident, focused, and fighting for their place in an overcrowded world, but unless I know them personally, I won’t judge them on a few hours of edited television or a sensationalised newspaper article. We often comment without understanding that people in the spotlight are just like us. They may have developed a thick skin, but what we say can hurt, and our discernments are often flawed.

Say and believe what you wish in the privacy of your own home, but let’s be careful and kind online, and in our expressions of judgement.

Can we – and all those around us both in real life and in the media – not be happy and confident within our own bodies and minds without it being mistaken for being aloof and arrogant? 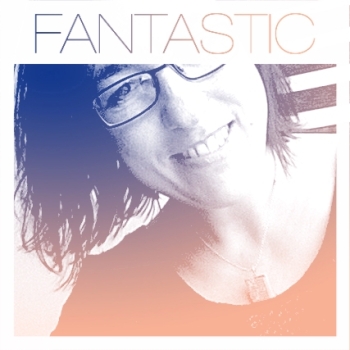 Have you ever been judged unfairly?
How did it affect you?