Scrolling my Instagram feed I noticed my favourite colour is very prominent…
I adore jewel and neutral earthy colours – I’m a nature girl!

So, I thought I’d share my favourite jewel tones with you –
as found on Instagram – green, purple, blue and red.

Green has been my favourite colour since I was a little girl,
and has literally grown with me.
Green is nature, tranquillity, spiritual, and harmony…

Purple had a stint as my favourite colour when I was in my teens,
but had to give way to green again.
Purple is royal, jewel, elegant, and magic… 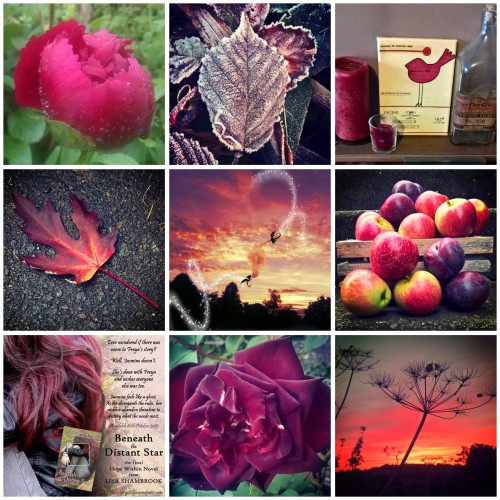 Red, dark red, has become a late favourite, and I’ve grown into it.
Red is passion, sensual, love, and depth…

Blue, teal blue, is a colour that suits me, it works with my brunette hair.
Blue is calm, serene, oceans, and life…

What’s your favourite colour and what does it mean to you?

We have had the most glorious autumn this year…
Colours that have truly stunned and beautified the season.

It’s been a colourful year in many ways – not always good ones – but the autumn leaves have brightened my life and made the tough stuff easier. Right now at the end of November and as we move into winter I need to make the most of the amazing colours and leaves before the trees have completely disrobed in the gales and November rain…

I’ve already posted a couple of autumn blogs this year: Autumn Days Are Here and The Best Bits of Autumn – but the leaves themselves warrant another post to bask within before the seasons change!

So, just enjoy my leaves in all their glory…

What have been your favourite colours and leaves this autumn?

Another of Jeff’s Blues-Buster’s, and the prompt song is the brilliant Nick Cave and the Bad Seeds – Red Right Hand. I was particularly caught by the lyrics: ‘…where the viaduct looms, like a bird of doom, as it shifts and cracks, where secrets lie in the border fires, in the humming wires, Hey man, you know, you’re never coming back…’ 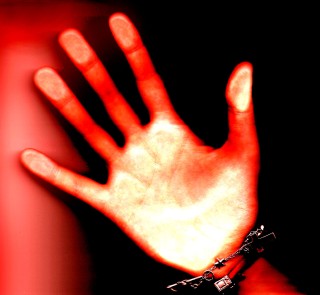 Jenson ran, his rasping breath burning his throat, but he ran without looking back. He’d learned long ago that looking back got you killed and that wasn’t part of his plan.
The streets were deserted, but he knew they were coming as sure as his blood raced through his burning veins.
The old town spread its fingers in narrow, contorted lanes and he knew most of them, his pursuers did not, they relied solely on the tracking device in Jenson’s stomach. He smirked wryly, barely thinking cognitively as pain seared his lungs, but aware of the irony of his enemies using the same tech he’d developed himself so long ago.
His fingers closed around a foil containing a bead of liquid purge, but he was unable to use it for fear of damaging the other prize churning within his stomach’s bile.

A helicraft whirred, not far out of range and he knew time was running out. He ducked into an alley and stared at the screen strapped to his wrist; old tech, twenty-first century tech, this time. He gazed at the flashing dots, until sure of their definite positions. Seconds later he was running again.

The arm that grabbed him came out of nowhere and he reeled, spinning, his hand ready to strike as he stumbled into a doorway.
“Shhhh!” she hissed, “it’s me!”  She twisted his wrist pulling him down into her lap.
“I thought they had you!” he whispered, his hand moving from strike to stroke as he touched her bloodied and scarred cheek.
“They did…” Her voice caressed his ear.
“How did you escape? That place is strapped down like a lunatic in a strait jacket!”
“I have my ways,” she purred and slid her hand across his inner thigh.
“No time for that!” he said regretfully, but unable to stop his lips from claiming hers.
She pulled away. “Transport, Jenson, transport!”
He chuckled. “Always a tease…we’ve got three and a half minutes…stop delaying!” He yanked her to her feet and the pair of them left the doorway, sprinting across the road towards the most abandoned part of town.
“How’re they extracting you?” she panted, “Helicraft…or something else?”
He pulled her across the road towards the old viaduct and the crumbling bridge.
The whir of the approaching helicraft erupted, destroying the silence, and Jenson pulled her across the kerb. Rotary blades thumped and the craft loomed up over the bridge like a merciless vulture eyeing its prey. Jenson’s hand wrapped around hers and they raced for sanctuary. Above them came the crackling sound of gunfire and collapsing masonry.
Beneath the arch of the bridge Jenson turned her hand palm up and placed his over hers. “What’re you doing?” She was out of breath.
“Checking!” Jenson grinned. A red glow emanated between their clasped hands. “I had to know, you could have been playing me, been one of theirs, one of his…but you’re not.”
“How do you know?”
“Because I’m the only one who knows how to mess with the chip in your hand, yours is red…as it should be. Now are you ready for change?”
“Change?” She stared at him. “I’m ready for anything, I’m a wanted woman!”
“That you are!” He whirled her round against the wall and pulled her body close, kissing her hard. “I’m leaving with everything he owns,” He patted his stomach, “and you, if you’re coming with me?”
“Like hell I am!”
“A new century… this time I’m going back to the twenty-first!” Jenson slammed his hand to the wall above her head, directly onto an ancient, peeling, red graffiti hand print. Dust choked the air, bricks distorted beneath his palm and he grinned at his companion’s shocked cry as they plunged backwards. “Geronimo!”